“Who, singular or plural, invented Tlön? The plural is, I suppose, inevitable, since the hypothesis of a single inventor — some infinite Leibniz working in obscurity and self-effacement — has been unanimously discarded. It is conjectured that this ‘brave new world’ is the work of a secret society of astronomers, biologists, engineers, metaphysicians, poets, chemists, algebrists, moralists, painters, geometers, … guided and directed by some shadowy man of genius. There are many men adept in those diverse disciplines, but few capable of imagination — fewer still capable of subordinating imagination to a rigorous and systematic plan. The plan is so vast that the contribution of each writer is infinitesimal.” “Tlön, Uqbar, Orbis Tertius” (1940)

“Two or three times he had reconstructed an entire day; he had never once erred or faltered, but each reconstruction had itself taken an entire day. ‘I, myself, alone, have more memories than all mankind since the world began,’ he said to me. … And again, toward dawn: My memory, sir, is like a garbage heap.” “Funes” (1942)

“From those incontrovertible premises, the librarian deduced that the Library is ‘total’ … that is, all that is able to be expressed, in every language. … When it was announced that the Library contained all books, the first reaction was unbounded joy. All men felt themselves the possessors of an intact and secret treasure. There was no personal problem, no world problem, whose eloquent solution did not exist.” “The Library of Babel” (1941) 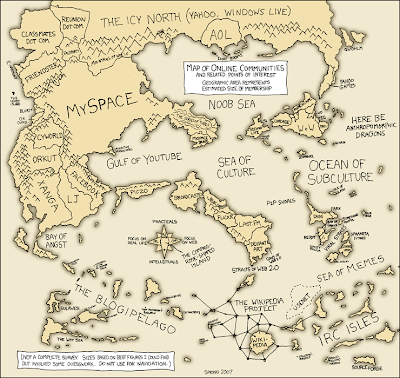